How To Turn Your Car Into An F1 Racer

What Separates the Fast from the Slow?

If you think F1 is a man's sport, then think again!

‘Gentlemen start your engines!’ was the traditional call to action in motor racing.  However with the increasing role of women in the sport that is changing fast.

When it comes to women in F1 let’s start at the top.  For example did you know that some of the big name teams are run by women:
Monisha Kaltenborn is team principle of Sauber F1 and Claire Williams is deputy principle of the Williams Team.

On the racetrack women such as Susie Wolff, Carmen Jordá and Simona De Silvestro have been generating a lot of excitement in recent years.

While prominent in other race car series, such as the lower Formula, IndyCar and Nascar, women have struggled to make it into the small and exclusive male club of 22 F1 drivers.

Only 5 women have successfully qualified for at least one Grand Prix.  The most notable name is Lella Lombardi who had a total of 12 starts in the mid-1970’s.  Yet, there are signs that this is about to change.

In 2014 speculation began of a F1 championship dedicated to showcasing female racing skill.  Today there is general agreement that more women being involved in the sport would be a significant marketing advantage.

F1 has traditionally been seen as a man’s sport.   One of the reasons offered for the lack of women drivers in F1 is the intense physical demands of the g forces involved.  For example every corner puts a weight of 20-25 KG on the neck of the driver.

Think of it this way – if you turned up at the airport with luggage of that weight you would be paying excess baggage charges!  Given that men have about 30% more muscle mass than women this has traditionally been seen as putting them at a disadvantage in qualifying for F1.  Besides those who follow this line would argue that there are few elite sports where men and women compete directly against each other, citing swimming and running as examples.

However some of F1’s newest test and auxiliary drivers, such as Susie Wolff and Simona De Silvestro are determined to show that they are equal to the challenge of F1.

Many argue that the evolution of technology in the sport the real challenge in F1 is mental, rather than physical.  Besides De Silvestro for example joined Sauber F1 in 2014 from IndyCar racing where there is lots of speed on oval tracks, but no power steering or other aids, such as in F1.  These newest drivers challenge the assumption that speed depends on gender.

So, next time you see a helmet in a fast car, don’t assume it is a man.  As this video by Danica Patrick – one of the world’s most successful open wheel women racers – shows you could be surprised:

Here is a selection of images of the women in F1 today, as well as in previous years: 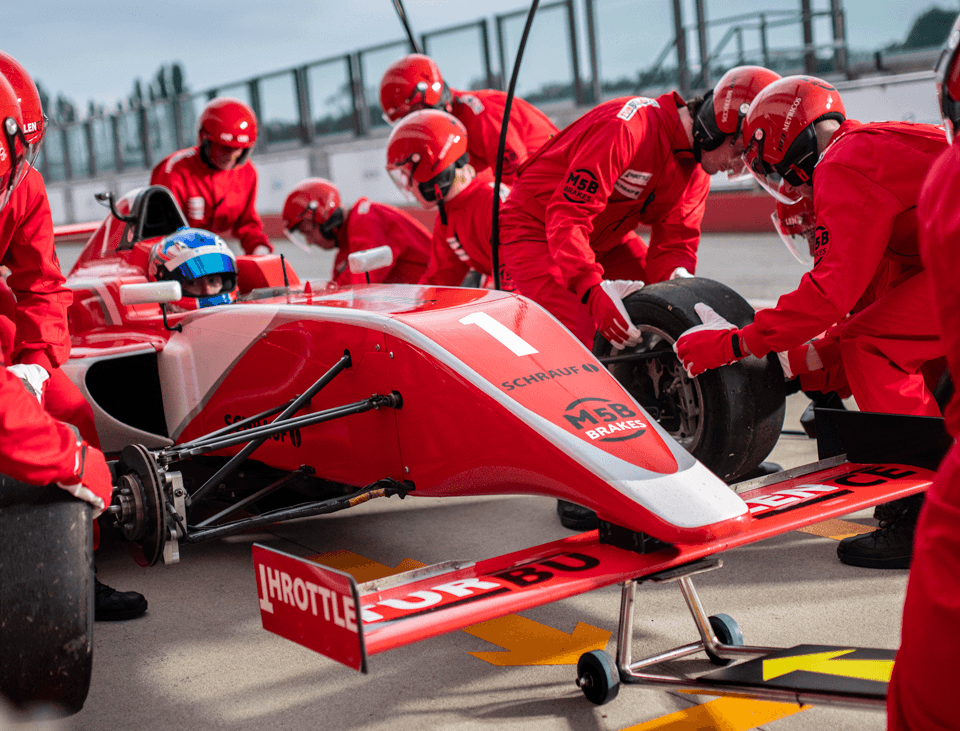 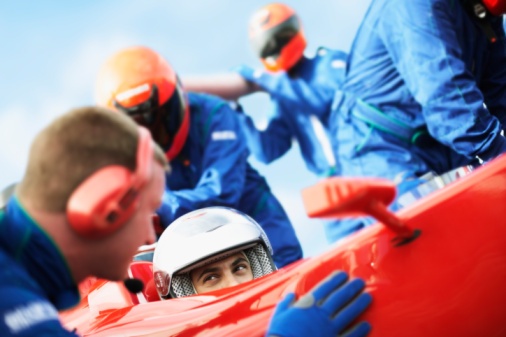 imagine your executives working as a pit team

Pitstops – The New Standard for Teamwork