Strategy Is Answering The ‘How To Grow Faster?’ Question

Strategy & the Need for Speed

Agility & Strategic Outcomes – The Perils of Rigid Adherence To A Strategy

Winning requires a clever strategy or plan, but that is not enough.  It requires agility too.   You have to respond speedily to the demands of the space in which you must compete.

Winning – the ability to out-manouever a competitor, to seize an opening in the marketplace or to avoid an imminent business threat – demands agility.  That applies equally to business as to F1 car racing. 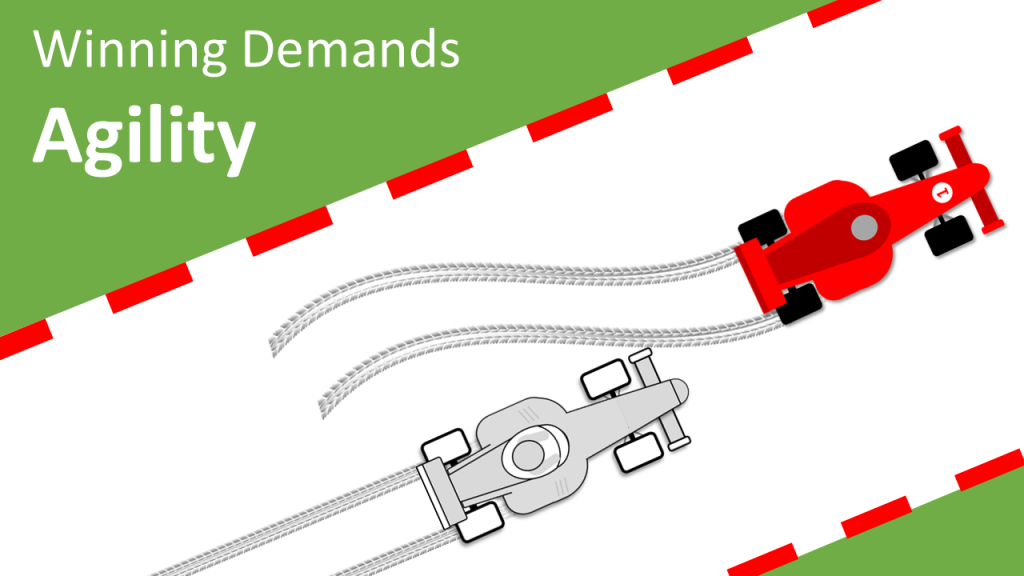 Imagine having a high powered and highly manoeuverable car (like a F1 car) and then putting it on a railway track!   Just like in racing to be successful any strategy or plan has to allow for flexibility and agility. 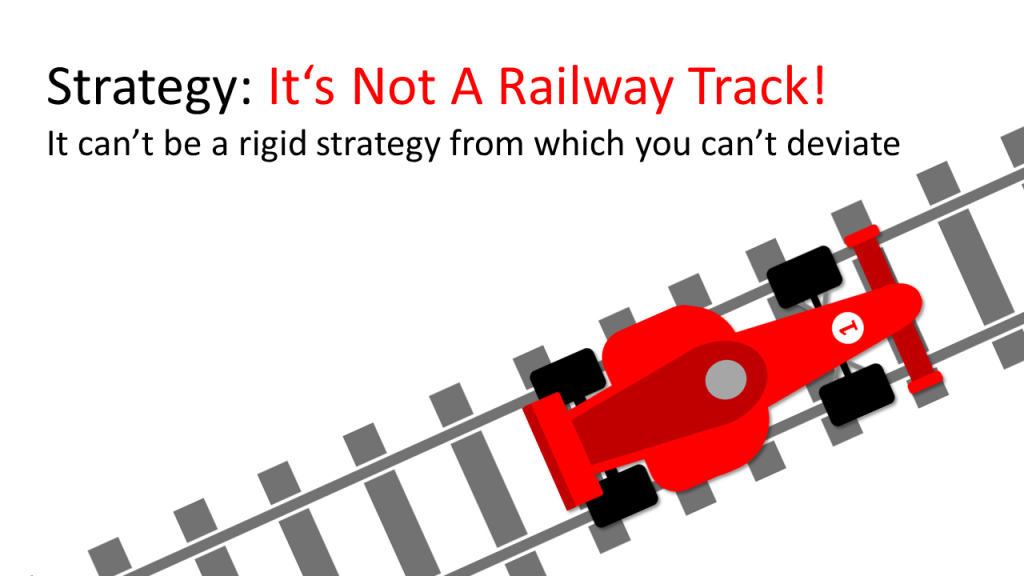 Blindly following the course set out by a strategy is dangerous – especially if that strategy was set in a boardroom far removed from the realities of the marketplace, or set in the past (i.e. some 12 or 24 months ago). 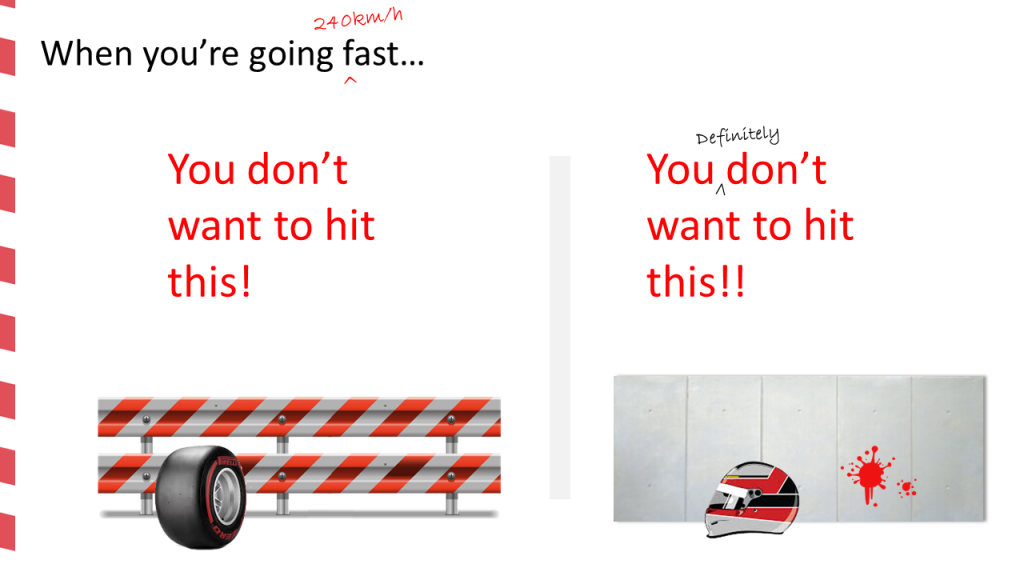 Managers can’t pursue a rigid strategy from which they can’t deviate.  Strategy should show the way, but allow flexibility in its implementation. It should be the road barriers rather than a railway track. 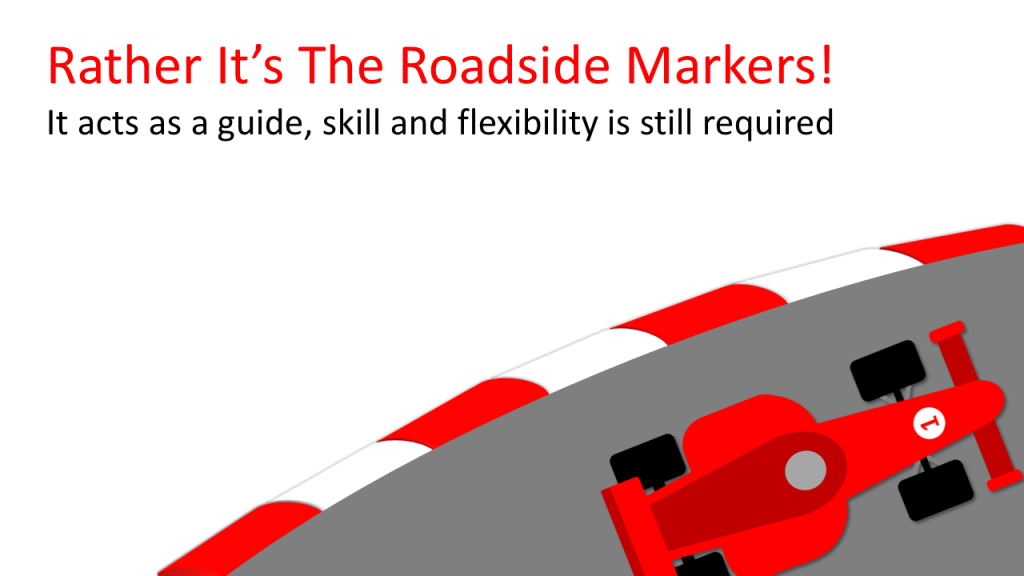 In business just as in F1, the driver has a race strategy – one that has been carefully considered – however he or she has to be able to respond to; changing road conditions, the moves of competitor, hazards and obstacles. 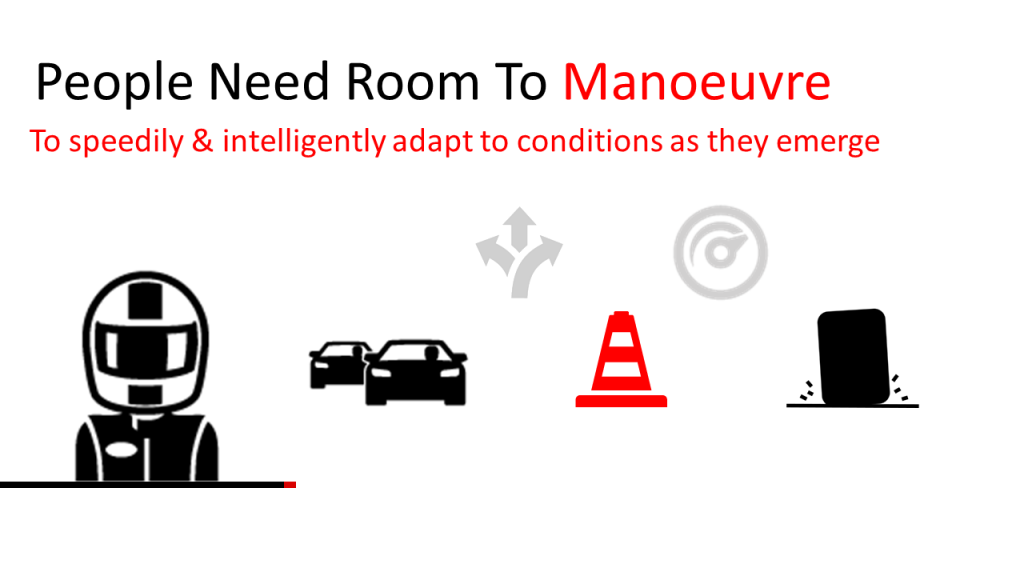 The reality is that things never go 100% to plan.  Situations change and those at the front line need to have the room to manoeuver – adapt to conditions as they emerge – to recognize that things are not working as planned and to take action.  That is what humans do best – adapt.   Successful execution requires passion, skill, intelligence and ingenuity. 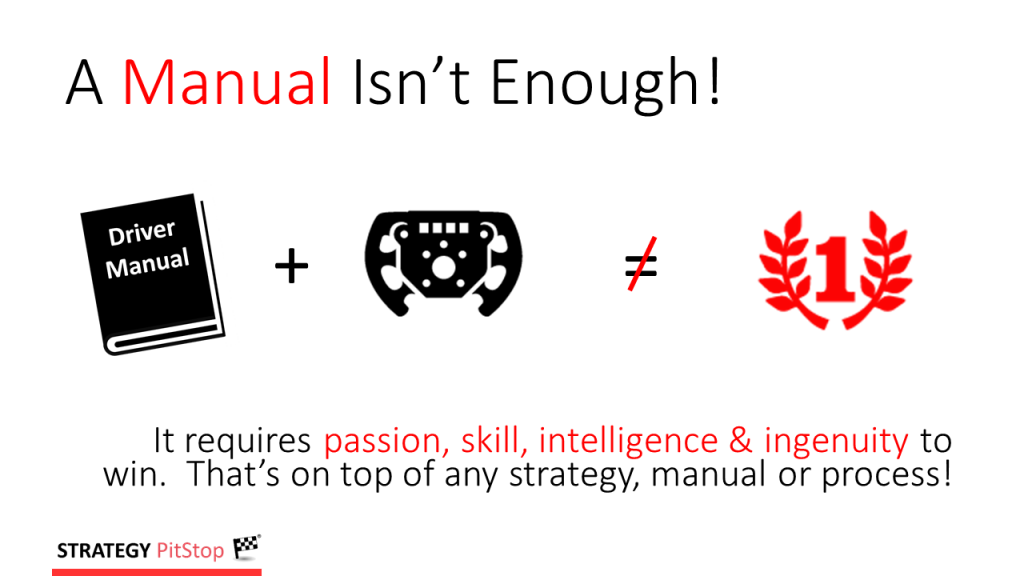 There is often a big difference between what managers and front line executives want from a strategy or plan.  Managers want details and specifics – in short they want control.  But what do you want? 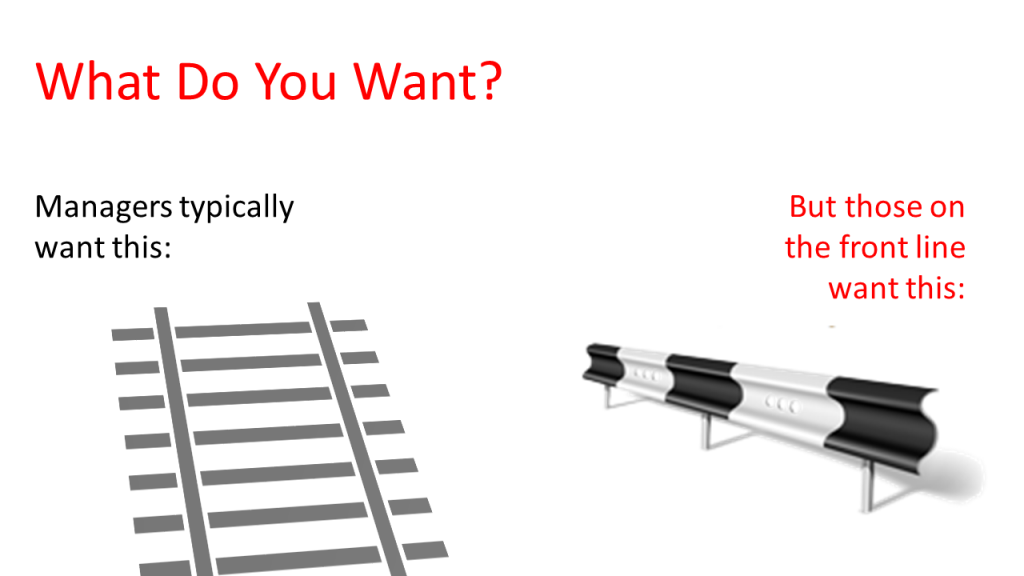 Want to fail?  Then stick to your plan.  Research suggests that sticking to the plan rigidily is key predictor of failure! 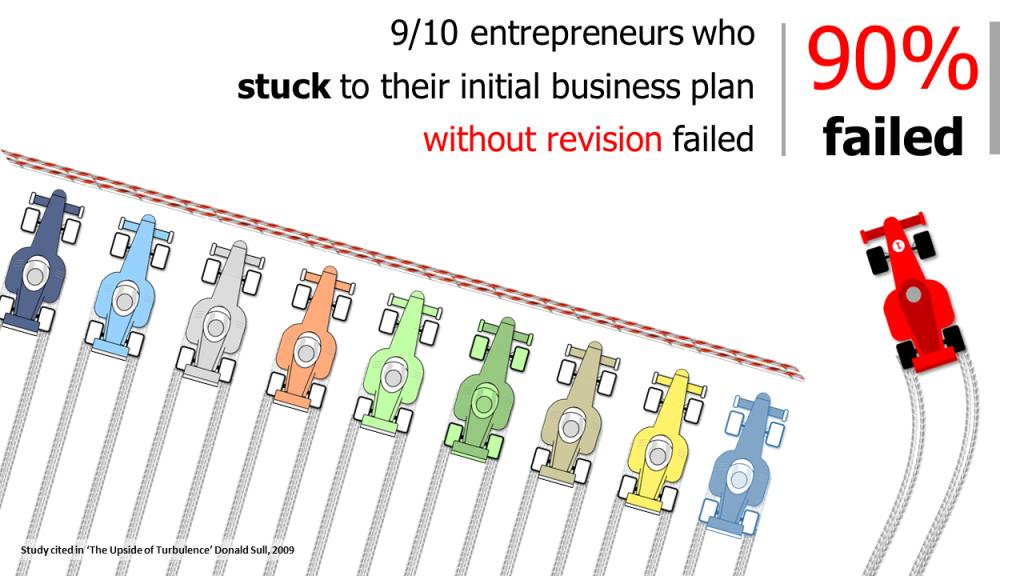 The A in ‘FAST’ Strategy stands for agility.  To discover the rest of the characteristics of a fast strategy click here. 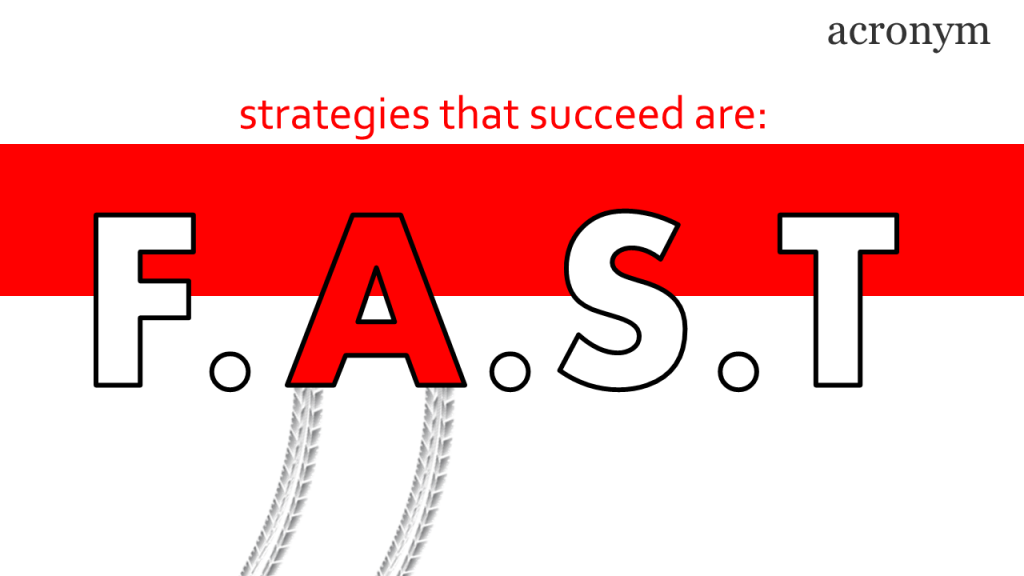 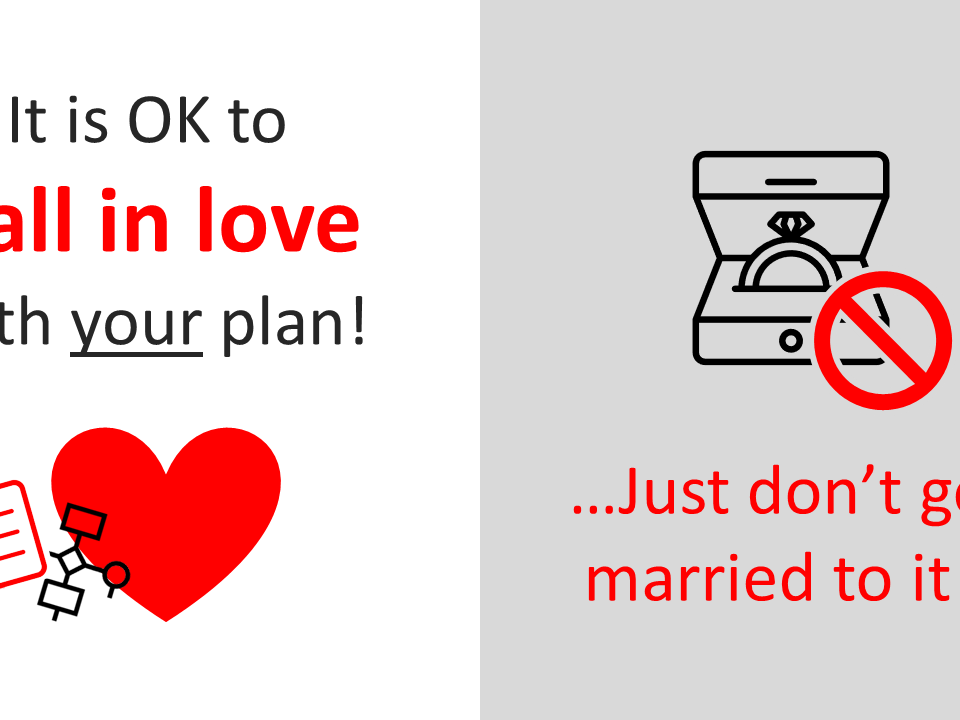 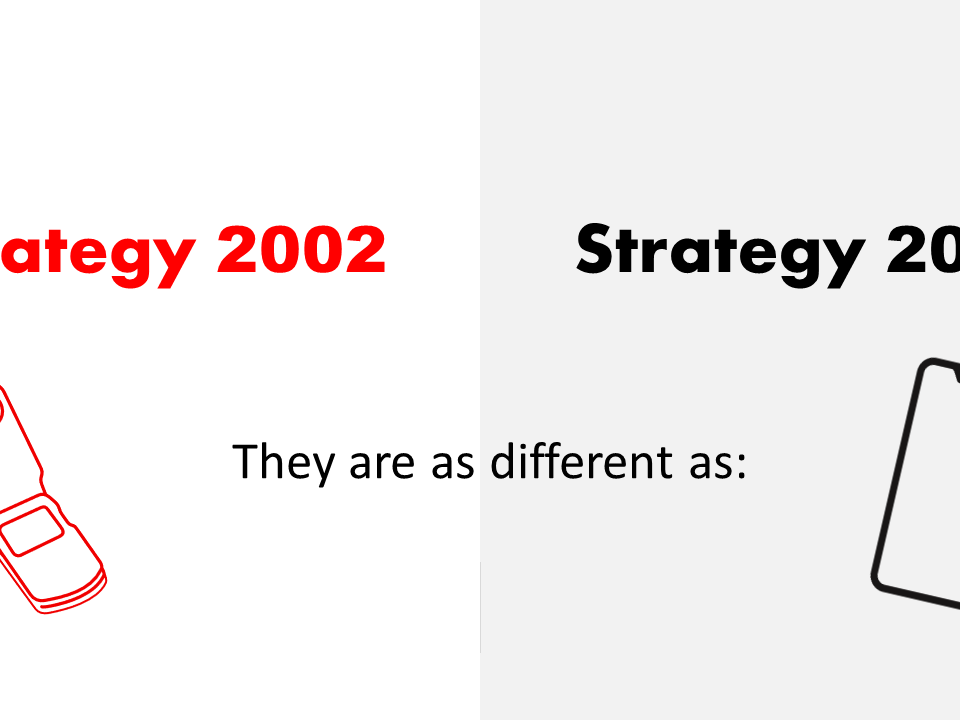 Strategic Execution: Are You Applying the Latest Tools?